Consumers are paying higher prices for just about everything right now. But higher energy prices — particularly for gasoline — are often the most visible examples because the cost is prominently displayed on so many street corners.

Across the country, the cost of gasoline has swung upward, with some areas contending with prices over $5/gallon. Further, because so many facets of our economy are connected through energy, the effects of these higher prices will likely continue to linger for consumers beyond their transactions at the local gas station.

How did we get to this point and what does this mean for the U.S. consumer’s bottom line? Here are our reflections and predictions.

How we got here

Crude oil and natural gas prices were already high entering 2022 as rebounding global demand for energy commodities occurred faster than supplies have been able to keep up.

But on Feb. 24, prices spiked further following Russia’s invasion of Ukraine.  Russia is a major producer and exporter of crude oil and natural gas for Europe. Subsequent sanctions against Russia drove energy prices higher as countries looked elsewhere to purchase their crude oil.

In the U.S., crude oil accounts for about 54% of the cost of gasoline at the pump, according to Energy Information Administration data (EIA). The limited supply of this commodity thus drove up the national average for gasoline in the U.S. to over $4/gallon, according to EIA data.

The impact on U.S. consumers

Sanctions and other efforts to reduce sales of Russian commodities will likely limit their contribution to global energy supplies, over the intermediate term at least. 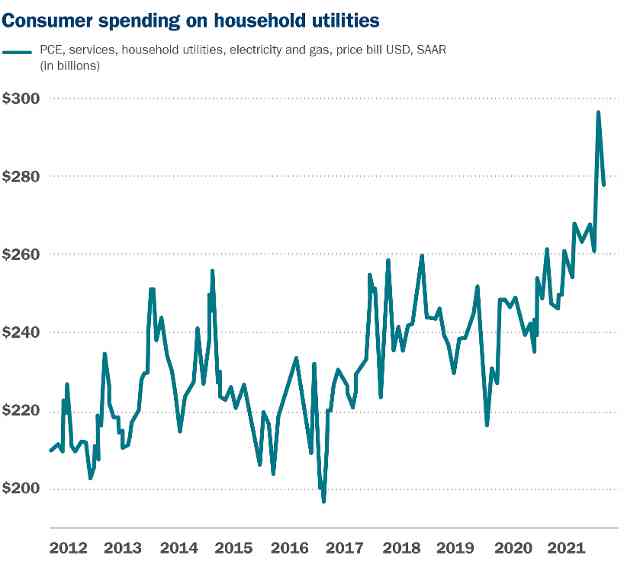 How you can prepare for rising prices

Along with rising energy prices, inflation has also emerged as a key global financial concern due to ongoing supply-chain problems and strong consumer demand. Importantly, price changes can have a material impact on long-term financial plans.

Talk with your Ameriprise financial advisor about if your portfolio has an adequate cushion to account for higher-than-expected inflation.

1Average driver: computed as driving 12,000 miles per year with a vehicle that gets approximately 24 miles per gallon and a national average price of $4.00 to $4.25 per gallon.
Unless otherwise noted, all data is sourced from FactSet and Bloomberg as of March 31, 2022. FactSet and Bloomberg are independent investment research companies that compile and provide financial data and analytics to firms and investment professionals such as Ameriprise Financial and its analysts. They are not affiliated with Ameriprise Financial, Inc.
The views expressed in this material are as of the date published and are subject to change without notice at any time based upon market and other factors. All information has been obtained from sources believed to be reliable, but its accuracy is not guaranteed. There is no representation or warranty as to the current accuracy, reliability or completeness of, nor liability for, decisions based on such information, and it should not be relied on as such. This information may contain certain statements that may be deemed forward-looking. Please note that any such statements are not guarantees of any future performance and actual results or developments may differ materially from those discussed. There is no guarantee that investment objectives will be achieved or that any particular investment will be profitable.
This information is being provided only as a general source of information and is not intended to be the primary basis for investment decisions. It should not be construed as advice designed to meet the particular needs of an individual investor. Please seek the advice of a financial advisor regarding your particular financial concerns.
Information provided by third parties is deemed to be reliable but may be derived using methodologies or techniques that are proprietary or specific to the third-party source.
Investing involves risk including the risk of loss of principal.
The fund’s investments may not keep pace with inflation, which may result in losses.
Third-party companies mentioned are not affiliated with Ameriprise Financial, Inc.
Investment products are not insured by the FDIC, NCUA or any federal agency, are not deposits or obligations of, or guaranteed by any financial institution, and involve investment risks including possible loss of principal and fluctuation in value.
Ameriprise Financial Services, LLC. Member FINRA and SIPC.

Back to topTop